Investigative teams need to be viewed as fair and impartial, both to retain their credibility and to continue receiving tips.  Every subject and complainant is entitled to the same level of diligence from your team, no matter their position or seniority.  Subjects are also legally protected from being treated differently because of demographic factors including race, gender, age and religious beliefs.

While investigative teams work hard to meet these high standards, unfortunately it’s in many people’s interest to argue they don’t.  People mentioned in an investigative report know that by disparaging the motives of investigators they can damage the credibility of an investigation’s findings.  That might help them avoid the consequences of the investigation. 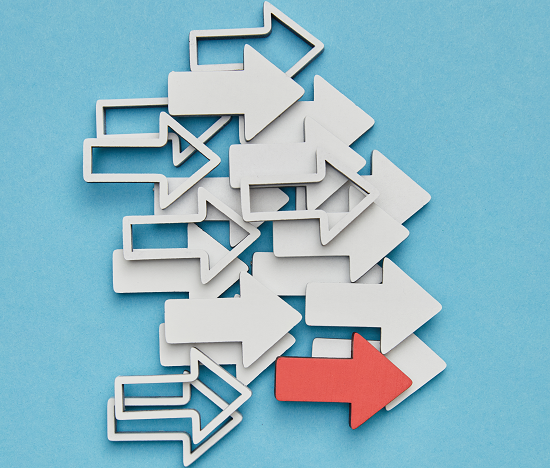 For instance, when employees are found to have violated rules, regulations, or laws, they’re likely to face punishment.  When agencies are found to have wasted money or fallen victim to fraud, it’s going to reflect badly on agency officials.  And, of course, political appointees lead most agencies, which means that any finding can quickly become a political football.

When subjects of an investigation want to discredit the investigators, they’re likely to accuse them of bias or preferential treatment.  And when that happens, you’ll be in a much better position if your team has invested in the right case management system.  Here’s why.

Even with these differences, an investigative team’s impartiality can easily withstand scrutiny if two things are true.  The investigative process can’t be designed in a way that favors some people over others.  And whatever an agency’s process is, it must be followed for each investigation.

It’s ultimately up to each agency to adopt a process that treats all subjects under its oversight fairly.  But an agency’s case management software should do much of the heavily lifting in preventing accidental deviations from that process.

If supervisor approval is required for a case to advance, the software should alert the supervisor and prevent the case from being advanced.  If other steps are required, such as interviews or notification of outside parties, the software should require the investigator to confirm these steps have been completed. And if cases need to be completed within a specific time window, relevant team members should be alerted when that case sits idle for too long or the team is in jeopardy of missing a deadline.

When employees or politicians attempt to attack an investigative agency’s process, they’ll look for holes they can attempt to fill in with their own theories.  They’ll try to argue that undocumented steps, missing notes or findings stated without reference to specific evidence are signs of improper actions.

If properly configured, your case management system can help you fill those holes with facts.  An audit log can confirm who completed specific steps and when they were completed.  If an investigator’s contemporaneous notes aren’t included in the final report, they’ll be stored (and searchable) within the case materials.  And each individual team member’s involvement in the case will be documented, along with their contributions to each version of the final report.   (Of course, in cases where case data must be deleted to comply with privacy or data retention regulations, the system should allow this and help ensure that it happens.)

If the subject of a case belongs to a political party or other protected class, they also might argue they were singled out for harsh treatment because of that.  Your case management system should provide the statistics your team needs to confirm you aren’t targeting any protected class with a disproportionate number of investigations.

The easiest way to do this is by collecting demographic information (for example, the age, race and gender of subjects, complainants and witnesses) and configuring the system to periodically generate and distribute reports on that data for investigative executives to review.  If a more specific bias or discrimination is alleged, the system should also allow managers to quickly build and generate an ad-hoc report to support your team’s impartiality.

This information will protect your team from allegations of impartiality, and it can also help your team discover and address blind spots.  If the information reveals that you’re receiving fewer complaints than you would expect from a particular race or age group, for instance, you can examine your awareness initiatives to ensure they’re reaching everyone equally, and that everyone feels equally safe submitting tips.

To learn how WingSwept’s Case Management and Tracking System (CMTS) can help your agency manage investigative cases more effectively, call us at 855-667-8877 or email us at Team_CMTS@MyCMTS.com.