If you’ve ever had a micromanaging boss, you know how liberating it can be to land in a job where a manager asks you to do something and then actually trusts you to do it.  Being over-managed can make you feel unproductive, untrusted and unvalued.  Being passively-managed comes with its own set of challenges, however.  Here are three reasons that teams led by passive managers are likely to be the source of more complaints for your investigations team. 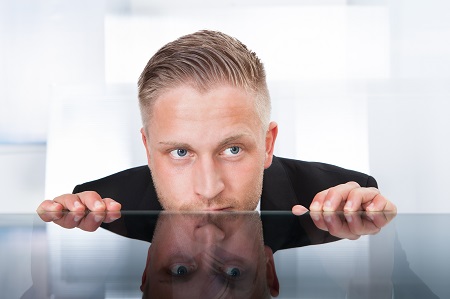 Micromanagers are often managers who are unwilling to trust in the competence of the people around them.  But that doesn’t mean that passive management is due to an overabundance of trust.  Instead, it’s often due to a strong aversion to conflict.  If a manager is avoiding a conflict with an employee who is late or performing poorly, you can imagine how terrified they would be of discussing conduct that might involve wrongdoing or fraud.

The reality is that trust is a critical component of a manager’s job – but so is verification.  And if an employee senses that their boss is aloof or averse to awkward conversations, they’re going to feel that much safer committing fraud or wrongdoing.

Sometimes two people just don’t get along.  Occasionally, petty disagreements will sometimes blow up into something larger: passively or outwardly aggressive behavior that stresses everyone that works with this negative employee.

In some cases, hostile employees need to be pulled aside by managers and educated on how their behavior is affecting the team’s performance.  Sometimes, discipline or termination are warranted.  But if friction has gotten bad enough to impact team performance, it’s not acceptable for a manager to “let the two of them work it out.”

If their behavior is left unaddressed, these hostile employees will lower the morale of the entire team.  All of these things caused by a negative, hostile employee – low morale, weak performance, and a lack of respect for co-workers – lead to employees becoming actively disengaged from their job.  And as Gallup has reported in the past, actively disengaged employees are more likely to steal from their employers.

Although not as dangerous as managers who choose to sit out confrontation, managers who don’t moderate debates during important meetings can also be dangerous. In fact, they’re especially likely to lead to weaker results within an investigations team.

That’s because investigators are often faced with difficult decisions they must base on incomplete information, and it’s important to have as many perspectives as possible in these situations.  If team managers aren’t willing to take charge of a meeting to give some space for less aggressive or more introverted team members to contribute, the team may miss out on the valuable insight that can come from a different perspective.

Even if a conflicting opinion doesn’t shift the course of the current investigation, it may impact future investigations, saving time or leading to better recommendations.  That’s why managers shouldn’t let the best debater or prosecutor on your team have the only opinion that matters during important meetings.