From government shutdowns to high senior-level turnover, state and federal government employees face some of the most challenging environments they’ve ever faced.  This is the first post in a two-part series on how to keep investigative agency employees’ morale high despite these distractions, so your agency can work efficiently and retain its most experienced staff.

The goal of investigators is to make life easier for the vast majority of honest staff in any agency, but people are nervous around them nonetheless. Many falsely believe that investigative offices are an ethics enforcement team with a quota to fill – looking for the tiniest infraction so they can file a complaint or start an investigation.  This can lead to a lonely work environment for investigative team members. 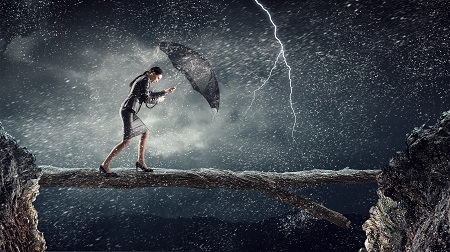 Unfortunately, the perspective outside the agency isn’t always better.  Some people have always bought into a negative stereotype of “government workers” but more recently it’s become common to believe that agency investigations are politically motivated operations or part of a “deep state” conspiracy.  Given the clear value provided by overseeing how tax dollars are used, it’s surprising how maligned investigators have become.

How does agency leadership keep team morale high in this cloud of negativity?  There are two things investigative leaders can do to keep morale (and therefore productivity) high, and hopefully minimize turnover along the way.

When people think of leaders, they don’t typically think of the phrase “blocking and tackling”.  This football reference describes a job role that is critically important for success but doesn’t get much of the spotlight.

While agency leaders are the most high-profile team members, however, much of their job is unglamorous.  Among their least glamorous is blocking political distractions and tackling any efforts to damage the agency’s credibility or reduce its funding or authority.  In some cases, that means taking hits so that the members of your team doing the ground work don’t have to – such as taking responsibility for investigative actions that threaten agency leadership.

The noisiest people with anything to say about investigators are also the most negative.  The reality is that there’s a quiet majority of citizens who are enormously thankful that there are adults in the room of the agencies that disburse their tax money, making sure it’s being done in a way that isn’t corrupt and actually benefits them.

While investigators tend to be self-motivated and self-driven, anyone would be demoralized by some of the hostility directed towards them during politically sensitive investigations.  That’s why it’s important for investigative leaders to emphasize the importance of the team’s mission and reinforce the fact that their work is appreciated and respected by most people.  Thank them for long hours when they’re necessary, and remind them of the positive outcomes of their past work.  And do your best to create a positive culture within your team, even if you aren’t able to control much outside of it.