Unfortunately, the United States is more politically divided than it has been in recent history.  One of the effects of this is that fewer people trust the objectivity of government officials.  If a report criticizes a member of the party a person supports, too often that person assumes that government official is playing for the other team. 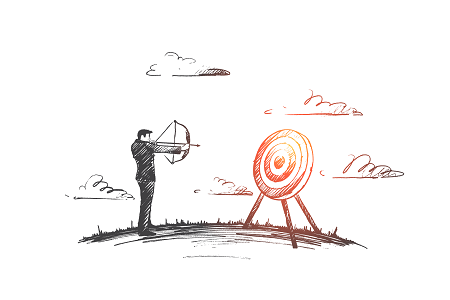 While this leads to challenges for all divisions of government, it’s particularly dangerous for Inspectors General.  Whether it’s the FBI, the EPA, or even the Department of Education, Inspectors General are responsible for determining the truth behind the most salacious of allegations, and their objectivity is critical to a functional government.  The perception of their objectivity is nearly as important as their actual objectivity; without that perception, IGs are powerless to enforce standards on an agency, because they will not have the critical weight of voter demands on their side.

Here are three things Inspectors General Offices can do to enhance the perception of objectivity afforded to them by legislators and citizens:

Follow Your Own Rules Closely.  One of the easiest ways for an IG office to get tarnished is a news report that they’re engaging in the behavior they’re supposed to be policing.  And because IGs investigate agency officials, they nearly always have a few powerful enemies that would love nothing more than to inflate a small IG slip-up into the massive corruption story it isn’t.  There are also plenty of “news” sites on the web on either side of the political aisle that are only too happy to help.

This means that IG team members must pay closer attention than ever to their own behavior.  They can’t show any political favoritism at all, take gifts of any size from outside groups, and most importantly they can’t make comments that could be construed as having a political slant.

Be Approachable and Irreproachable.  Legislative leaders rely on Inspectors General (among other people and powers) to have confidence that the agencies they oversee are being run ethically and legally.  If an IG office has built a strong, positive reputation with committee chairs, ranking members, and other oversight committee members, those relationships may outlast the political pressures to be combative with an Inspector General who is investigating members of the their party.

Report All of the News, Not Just the Bad News:  Most agencies have some positive and negative results at any given time.  Most reports which are mandated by oversight committees require presentation and discussion of the negative results.  What investigations were ongoing, and which ones were closed with a finding of wrongdoing?  What recommendations were not implemented, and are they on track for future implementation?

When an agency does make an improvement in something, however, it’s worth noting.  Not only does this enhance the perception of objectivity, it also reminds both oversight committees and agency heads that you’re not there to be their nemesis, but only to make sure things are being run properly.

To learn how CMTS can help your investigative agency close cases more quickly and efficiently, call us at 855-636-5361 or email us at Team_CMTS@MyCMTS.com.