The Association of Certified Fraud Examiners released their 2018 biannual report a few months ago.  It’s the tenth edition of what the ACFE calls the “most comprehensively and widely quoted source of occupational fraud data in the world.”  The report covers both public and private sectors, and the key findings were very interesting because of the similarities between the private and public sectors. 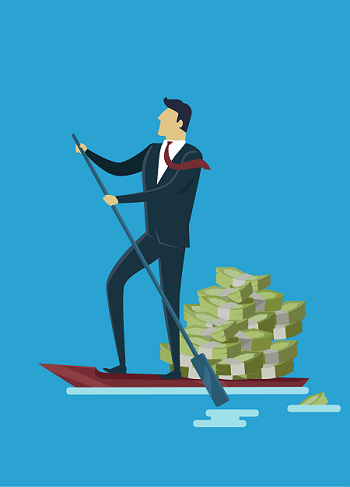 Among the most interesting findings was one that connects the public and private worlds.  The most common fraud scheme reported by investigators was corruption.  And while this report is a global one, corruption was the most common scheme in every global region surveyed.

People typically think of public employees when they think of corruption, but both the energy and manufacturing sectors reported a higher percentage of their fraud coming from corruption than the public sector.  The reality is that there are at least two people involved in corruption schemes, and one of them typically isn’t a public employee.

Another interesting finding was that tips were by far the most common way that fraud was uncovered, and employees were the most common source of these tips. In the United States, 37% of all fraud is initially detected due to a tip.  The second most likely source was a management review, with only 14% coming from these reviews.  Over half of all tips come from internal employees – so educating employees on the importance of tips is a critical way to mitigate fraud, both in the private and public sectors.

The ACFE collects this data because understanding the sources of fraud is a critical part of more effectively fighting it.  Shining a spotlight on corruption and providing employees with an easy, confidential way to provide tips have been proven to be among the most effective ways to fight fraud for years now.  Another recurring finding – employees living beyond their means has been the single largest red flag of a potential fraud in every report since at least 2008.

If your agency isn’t retaining and regularly analyzing statistics on the fraud case metadata, it’s likely one of the most cost-effective ways to increase fraud detection rates!

To learn how CMTS can help you better track and analyze your agency’s fraud metadata, call us at 855-636-5361 or email us at Team_CMTS@MyCMTS.com.